Your voice matters and we want to hear from you. Provide feedback here. 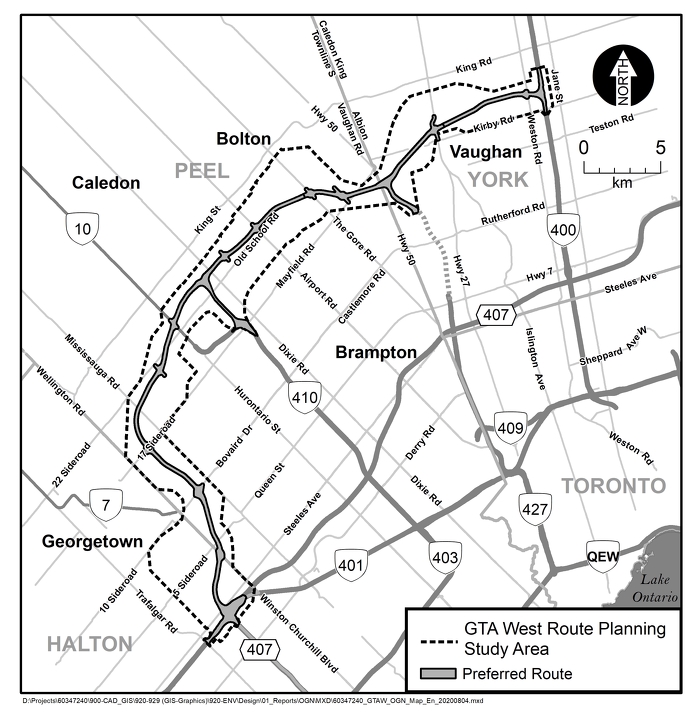 Get the facts
Menu

Highway 413 is a proposed highway and transit corridor running through York, Peel and Halton Regions.

The corridor is expected to include a 4 to 6 lane, 59-kilometre 400-series highway with connections to Highways 400, 427, 410, 401, and 407 ETR. The highway would have 11 interchanges at municipal roads and features such as electric charging stations, service centres, carpool lots and truck inspection stations will all be explored as part of the design.

The transitway would be a separate corridor running alongside the highway dedicated exclusively for public transit, such as buses or light rail transit.

Highway 413 would extend from Highway 400, between King Road and Kirby Road, to the 401/407 ETR interchange near Mississauga, Milton and Halton Hills. 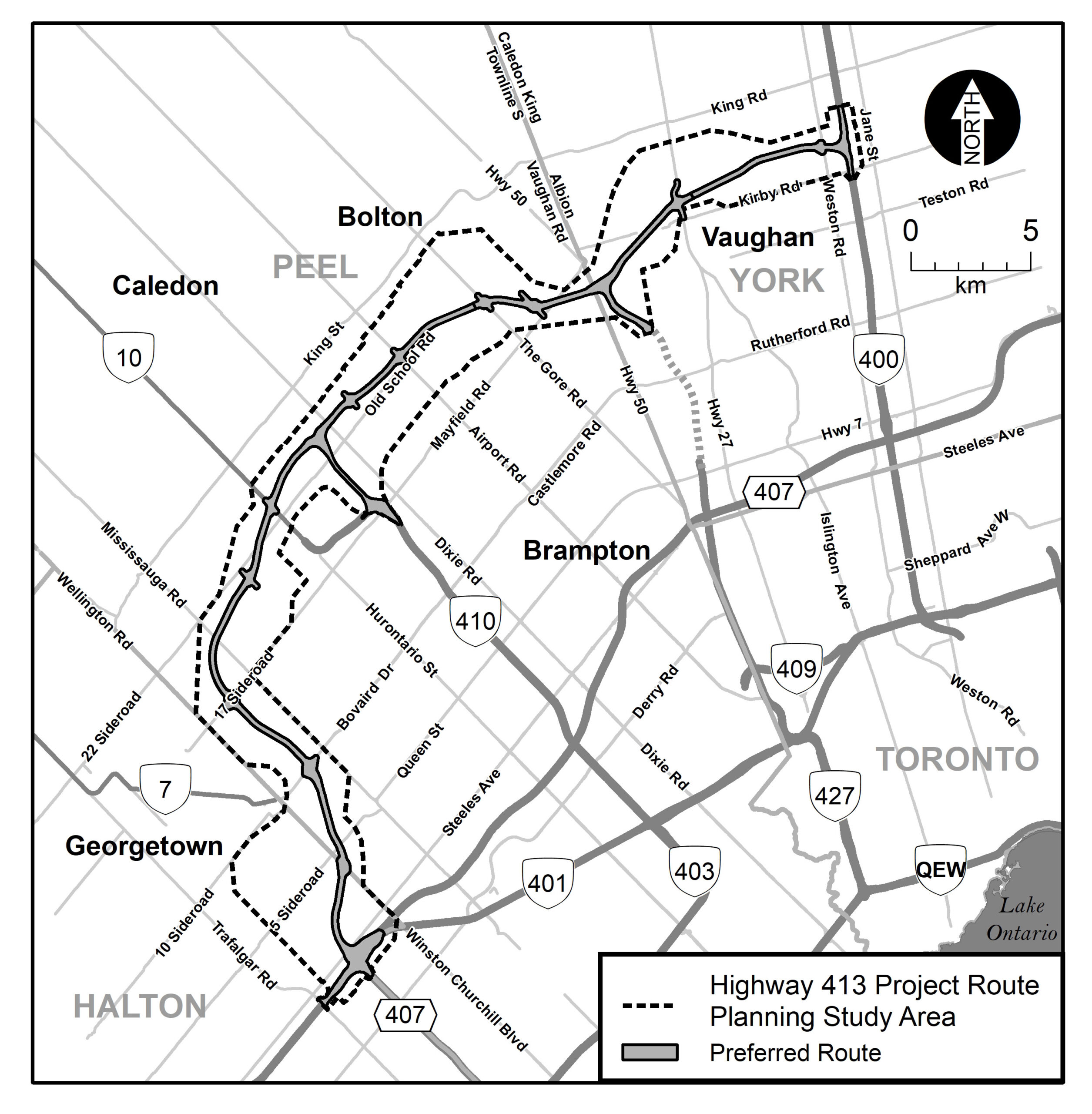 Highway 413 is part of Ontario’s plan to expand highways and public transit across the Greater Golden Horseshoe to fight congestion, create jobs and prepare for the massive population growth expected in the next 30 years.

The Greater Golden Horseshoe is one of the fastest-growing regions in North America. It is expected to attract 1 million new people every five years, reaching nearly 15 million by 2051. That’s a population increase of more than 50 per cent compared to today. And as the region continues to be Canada’s economic engine, the number of trucks on the road is expected to double by 2051.

Congestion already costs the Greater Toronto Area  $11 billion per year in lost productivity, adds to the costs of goods and creates carbon emissions.  Ontario needs new infrastructure to help move people and goods or the region will quickly become overwhelmed.

A new 400-series highway and transitway would significantly reduce travel times for drivers in York, Peel and Halton Regions. Projections show that by 2031, more than 300,000 trips would be taken on the highway every day. And someone travelling the full length of the route would save 30 minutes compared to the time it would take via Highways 401 and 400.

The adjacent transitway would make public transit a realistic and appealing option in many communities that are currently underserved. Combined with Ontario’s other transit investments like the subway expansion plan, GO expansion and the Hurontario LRT, it will give thousands of people the option to leave their cars at home.

Building infrastructure is a critical part of Ontario’s long-term economic plan, and even more important to our economic recovery from the COVID-19 pandemic. Highway 413 is expected to generate up to $350 million in real GDP per year during construction.

It will also help get people back to work after record job losses caused by the pandemic and create opportunities in the skilled trades. Highway 413 alone is expected to support an average of up to 3,500 jobs each year during construction.

Once completed, Highway 413 would help goods travel faster to — and through — the Greater Toronto Area, significantly boosting Ontario and Canada’s economy. Ontario’s trucking industry accounts for about 4 per cent of Ontario’s GDP, and approximately 40 per cent of the jobs in the transportation sector. More than $785 million of goods per day move on Ontario’s highways, making the transportation system the backbone of our export-driven economy.

The highway and transitway would also help connect people to major employment centres and attract more businesses to the area, creating and sustaining good local jobs.

A new highway and transit corridor could help Ontario promote and adopt new state-of-the-art technologies. For example, the highway could be designed with dedicated areas for electric vehicle charging stations, to help encourage more people to choose cleaner transportation options.

It could also be built to enable vehicle-to-infrastructure communication, a critical technology for the next wave of automated vehicles. Driving innovation and creating a competitive business environment are central parts of Ontario’s plan for the future of the automotive industry. The automated and connected vehicle industry is a global market expected to be worth more than $1.3 trillion by 2035. Positioning our province as leader in the industry will ensure that the auto sector continues to grow, thrive and invest right here in Ontario.